This is the manifold I’ve bought used on Marktplaats (kind of Craigs list) from somebody with a powerboat with 2 V8 chevy engines. He wanted to keep the engines similar and didn’t need the manifold anymore.

Drain the cooling fluid, as the thermostat is inside the intake manifold. 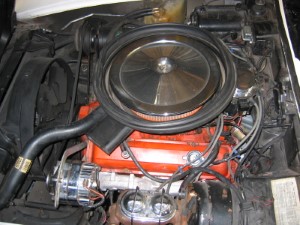 Aahh there is the Rochester 4 barrel carburetor. 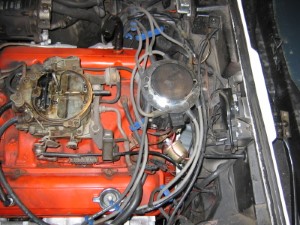 The distributor has to come off as well. To be sure, and to save a lot of hassle later, I’ve numbered the cable for each cylinder. 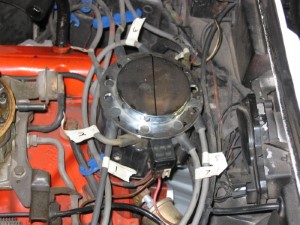 Remove the sparkplugs. Number the lid as well, not only the cables. 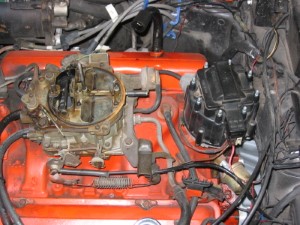 I’ve covered the carb with a cloth, to prevent debris or even worse, some nuts and bolts, falling into the carb.

Remove all cables and the tube to the vacuum advance.

Now remember the position of the distributor in rotation direction. Sparkplug lead 1 is pointing to cylinder number . 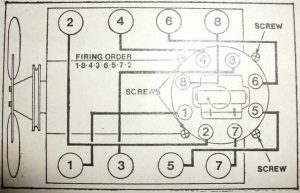 The way to see this, is by removing the rotor cap. Mark the position where the rotor is pointing to.

All these meaures, will make the initial ignition timing setting lot easier. False timing can cause backfire or detonation at top dead center.

After replacing manifold the timing has to be set anyway, then a reasonable good start would be great. 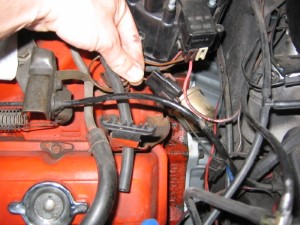 The part ont the exhaust manifold is connected to the carburetor to activate the choke. This will be taken off as well. 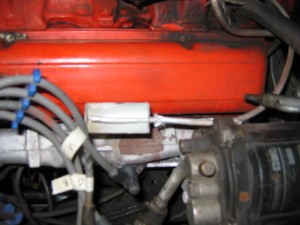 Remove the throttle cable and its bracket. 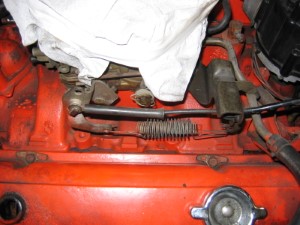 Now it is time for the fuel lines. 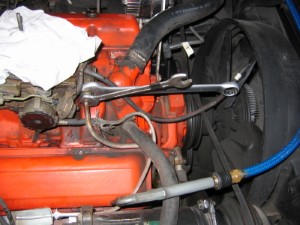 Remove the vacuum cable to the powerbrakes.

Unbolt the carb. Before removing more vacuum tubes, mark the tubes and take many photos. 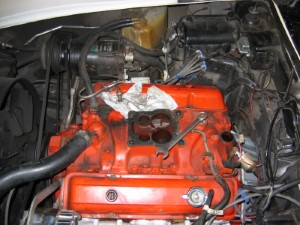 Unbolt the intake manifold bolts. The manifold is probably ‘glued’ to the engine by the gasket and liquid gasket remains.

I’ve pried with a screwdriver at the front end and it came loose.

A lot of black stuff inside. Sludge remainings.

Edit: When I changed over Edelbrock cylinder heads, all this sludge was gone. The effect of dopes of the oil I’ve been using. It was mineral oil, but it contained dopes to get rid of sludge. Well it worked like a charm without knowing. 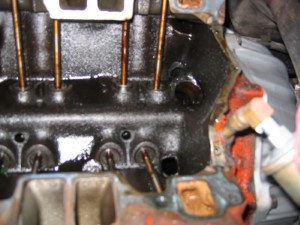 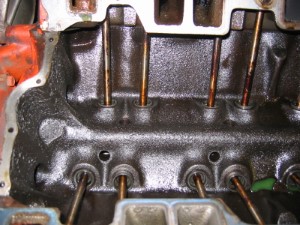 Remove all contact surfaces of the manofold. Put paper plugs inside the holes of the engine to prevent debris from falling in. They can be sucked out by the vacuum cleanter, including ande debris.

Apply a bit sililicone gasket on the gasket to make it stick.

The hole below is used for heating the manifold plane by exhaust gasses. Good for starting the engine as gas evaporates easier, but it will heat also when the engine is hot. Hot air is less dense and therefore less power in the combustion.

The hole on this side isn’t blocked. It is blocked on the other side.