Now the transmission has been removed the clutch can be inspected.

After removing the transmission I discovered that the prise bearing or pilot bearing in the flywheel was worn. This explains why there was a vivration now an then aftyer clutching.

When we bought the car in december 2005, the car dealer told me that the car has a new clutch installed. The man he bought it from in Pennsilvania told him that. But it could be a long time ago…..

The transmission is gone and now it is the startermotor which has to be removed, after the battery has been disconnected. There is no fuse between the batery and the starter motor. It would be apitty if our vette went up in flames.

The startermotor was removed by loosening 2 bolts and a heat shield which is connected to the engine. 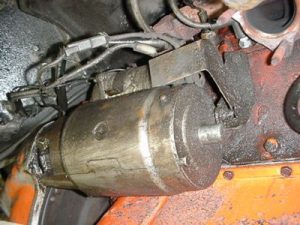 When the starer motor was removed the cables were disconnected. Maybe it is better to remove these first before the starter motor is removed.

This is how it looks like when the starter motor has been removed…. 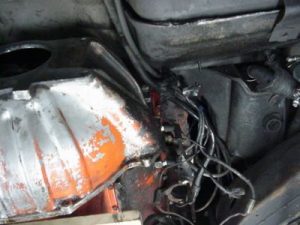 The dustguard for the clutch was missing. If you have one, remove it.. 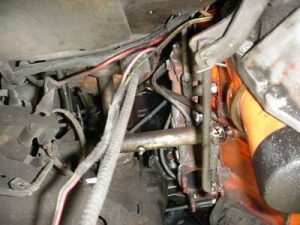 Remove the 6 bolts which hold the clutchhousing to the engine. I had to lower the engine a bit with the hydraulic jack which was positioned under the oil pan. 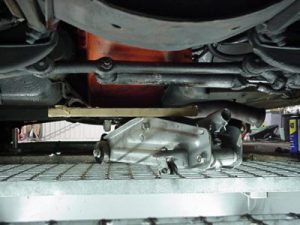 And now the pressure plate can be seen. 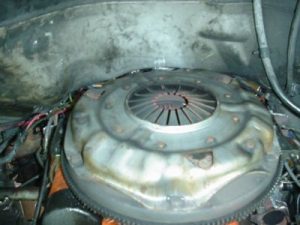 The throwout bearing which is pushing from the clutch pedal to the pressure plate. 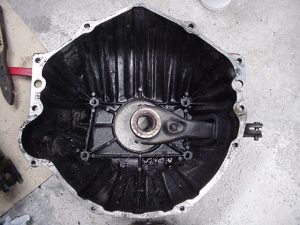 Also make pictures how the clutch plate is assembled in the pressure plate assembly. Is must not be flipped 180 degrees when it is mounted again.

The pressure plate can now be inspected. I didn’t have a clue where to look at and also if the clutch plate is OK or not. The Heartbeat corvette club forum came in handy again and I’ve posted the pictures. 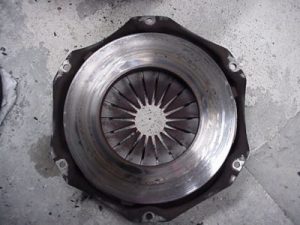 The comments were that the clutch is not worn completely. It could go 10.000 to 20.000 kilometers depending on your drivestyle. So this means at least 5 years for me or more.

The thickness of the clutch is 8 mm. The slits were 0,7mm deep. 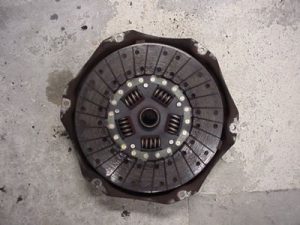 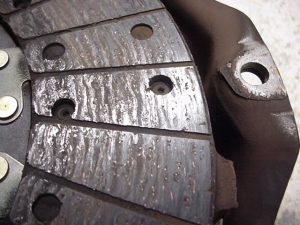 Also the blue spots on the flywheel and the pressureplate is indicating hot conditions or ‘abuse’ of the clutch. I guess these must be the former owner’s fault…. 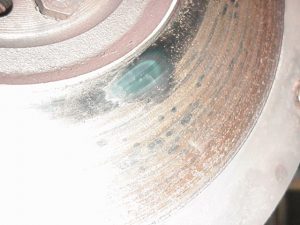 Now it was time to remove the prise bearing. It is difficult to get it out without the trich in the haynes manual. 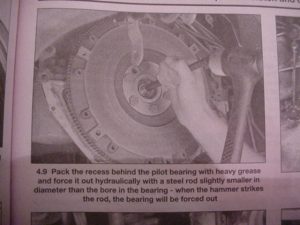 Here is the worn bearing. 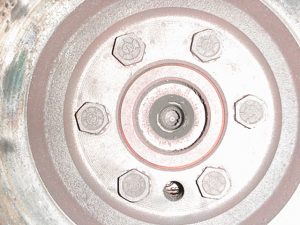 Fill the hole with grease. 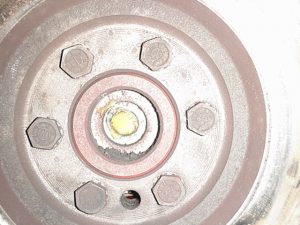 Find a metal pin, which exactly fits inside the bearing. 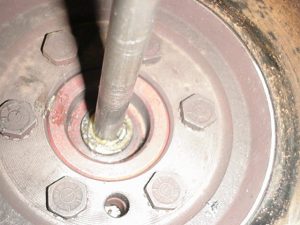 Now gently hammer the pin towards the flywheel and the bearing will be pushed out by the thick grease. 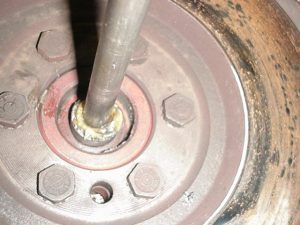 The miracle has happened!! 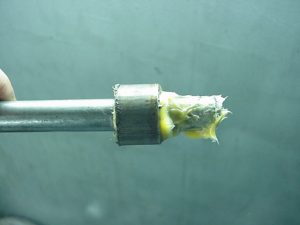 For installing I’ve made my own clutch centering tool, but with a new clutch this tool is supplied as well.